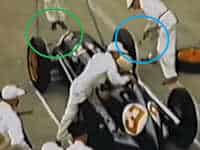 Want to increase production & team efficiency in a lean way with SMED? Want to achieve the shortest cycle time (with a lot of human resources)? Follow the organization of F1 pros from the RedBull team: 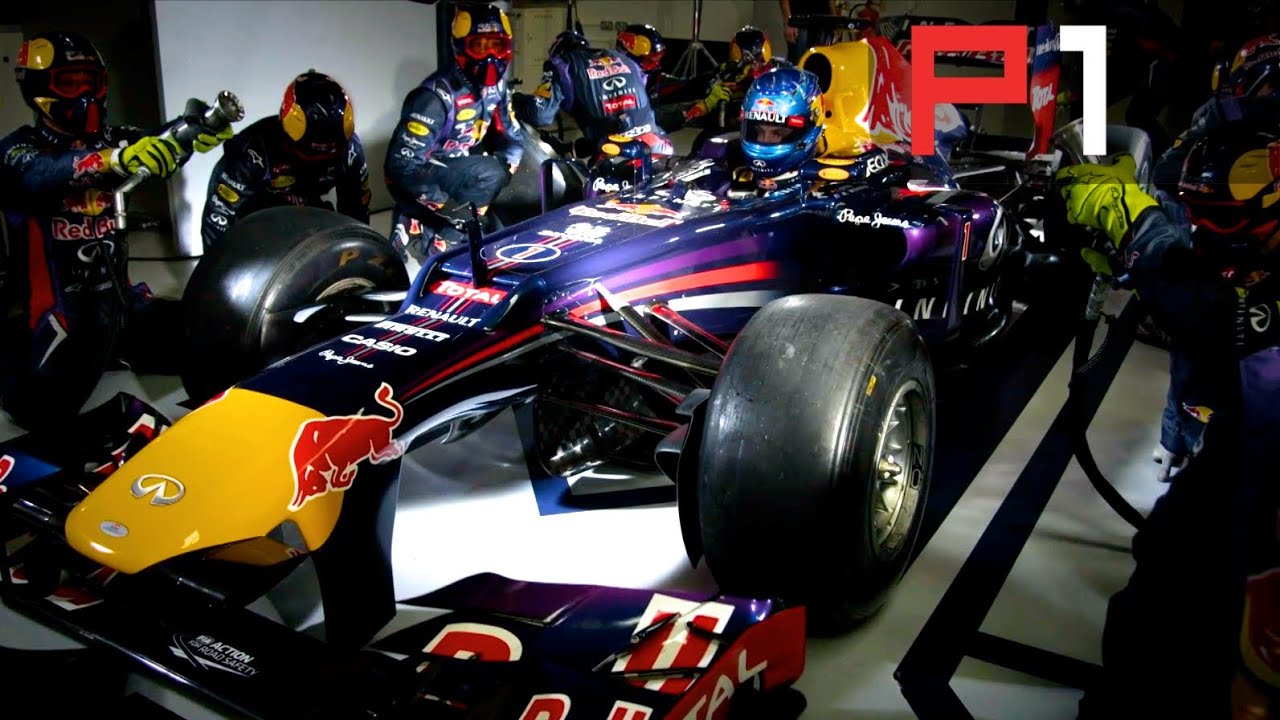 Just to tease them a bit: the two screwing tools lying on the floor at the beginning … maybe a bit of 5S ?

The refueling was missing in the video above, so some also really interesting details on the fueling part, with some look on the quick connector (is that a big Stäubli style connector, but huge?) + locking mechanism + the ergonomic of the 2 positions handle + security for 12L/seconds fuel flow.

Notice also on the communication system within the team with in-helmet status LED indicators (Google glass a decade before ?) + independent operator, for efficiency so as for security

To be compared with the method in the 1950s and then with another great brand, Ferrari in 2013:

To take his own words, requiring “Just 67 seconds after the driver stopped”

We particularly appreciated the guy jumping, again and again, to lift the car with his weight & hammer work to tighten and untighten a hand-placed nut, clearly, the limiting factor of that process; dedicated tooling and design of wheel change connection (real usage condition when design!) is an important part of SMED. The regulation of max 4 crew members working on the pit stop surprisingly includes the driver -he just turns the wheels one-.

The top view permits to watch a 3-guys-per-wheel team well (look in detail and compared the work of four teams, one per wheel)

We particularly like the 3rd guy from the top left, removing a kind of small part or grit on the floor. At this high level, failure could come from any uncontrolled small detail.

But just to tease this team also, if that was an industrial application, calculate the productivity, knowing that we see at least 21 guys, with probably more off the screen … and compare to 1950 score.

From the movies above, in industrial applications, the more general challenge could come from being efficient at reproducing that in series, the entire shift long, like in plant production (not throwing the wheel away for example, that works only if you have only a few to do and nothing around), but that would be a different situation.

be also sure about your Risk Analyse & FMEA of the guy in front of the car, waiting to lift the car, in case the car does not stop, or 1m too late…

(Do not rely on a human pushing the brake at the right millisecond, 100% of the time. In such case, in a plant situation, a mechanical stop built in the concrete, moving up or down could be an option, maybe lifting the car also at the same time?)

The 14 Lean Principles of The Toyota Way