Free Pro Ideation Game inside! For 70 years, the Danish Lego company has produced the most famous toy on earth. Not only are these bricks a nice technical tolerancing challenge over aging and factories variations, but they illustrate well the lean approach we promote for any new product design. We review how their communication is also pairing along this concept of simplicity for great Marketing.

Be sure to scroll down to review the other creative campaigns. All images are copyrighted to the mentioned authors.

And because we are innovation.world, for curiosity and technical culture, we also include an abstract of the original patent filled in 1958.

BTW, in the lean comparison, one could also compare the similarities between “Lego” coming from the Danish phrase “leg godt” meaning “play well” and the lean process term “kaizen” meaning in Japanese “change for better”.

Related to Product Design and the two advertising campaigns below, what is the minimal brick assembly that is still a recognizable object or character, compared to a random assembly of bricks that is not? This implies the simplicity concept, the MVP design concept, and many others involved in any Product Design.

To our knowledge, this game proposal here is a first:

we suggest this Minimal Bricks Design game, as a company creativity and ideation game

“Minimal Bricks Design” Game rules: each participant is given 15 simple 1-color bricks (for the 1-color version) or 3×15 bricks (for the 3-color version). The winner is the one that makes an object with the least amount of bricks that the others can recognize. Five rounds of Two minutes each. It is forbidden to repeat any creation of previous rounds.

Read more: Less Is More. Why You Want To Design Simple

Designed by the German Jung von Matt agency in 2012. Another excellent example of a minimalistic design where the viewers (future clients) will try to guess who is who, thus illustrating well the “Imagine” campaign name.

Help needed: put in a comment on the right if you have some explanation on the psychology of how that happens without even asking the question.

(no image title to let you guess. Right-click to see the file name if you’re stuck) 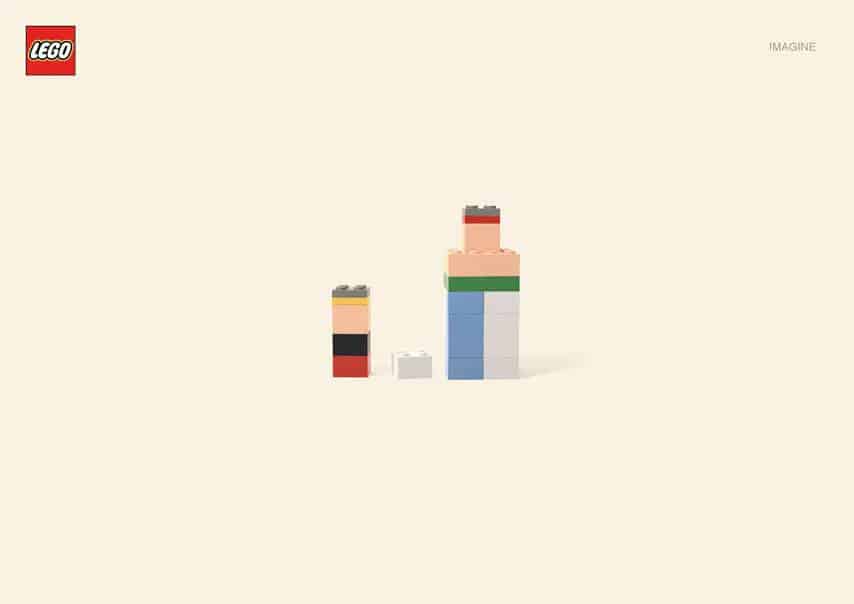 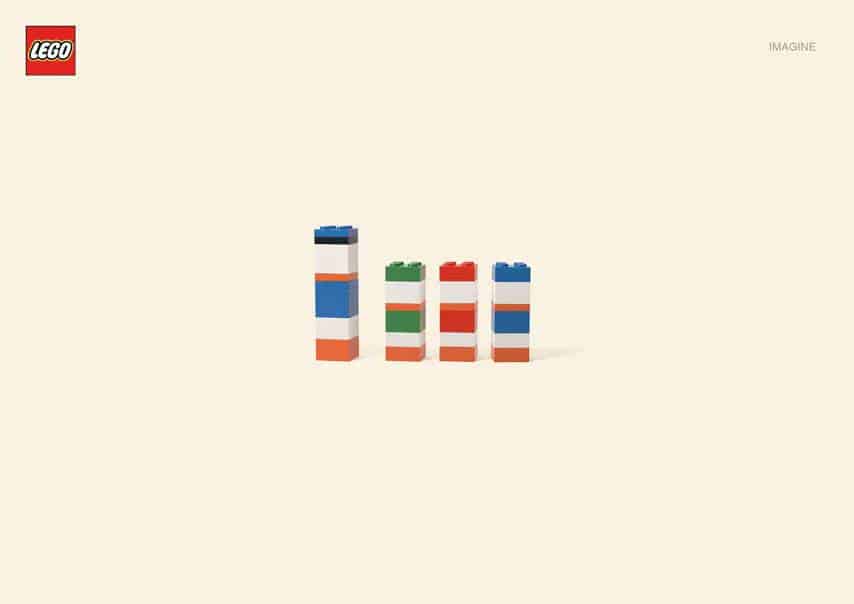 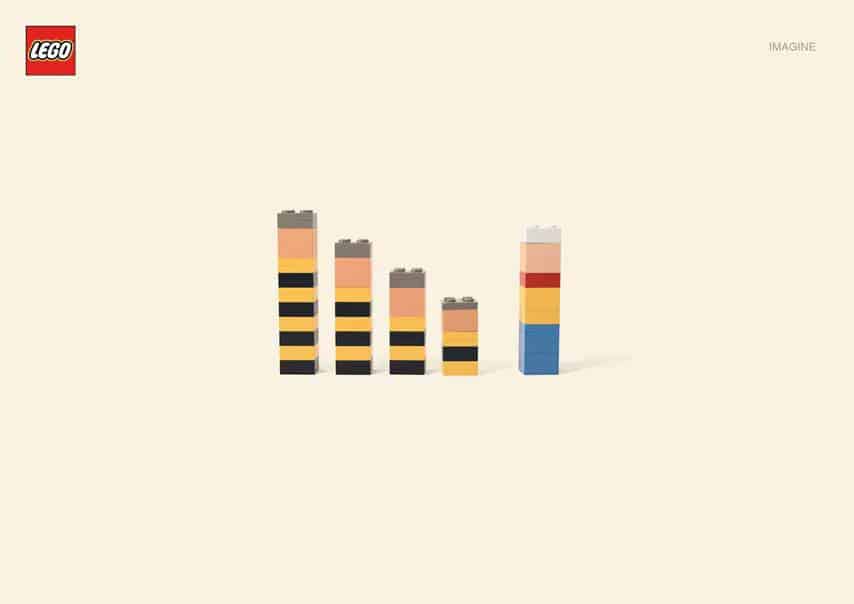 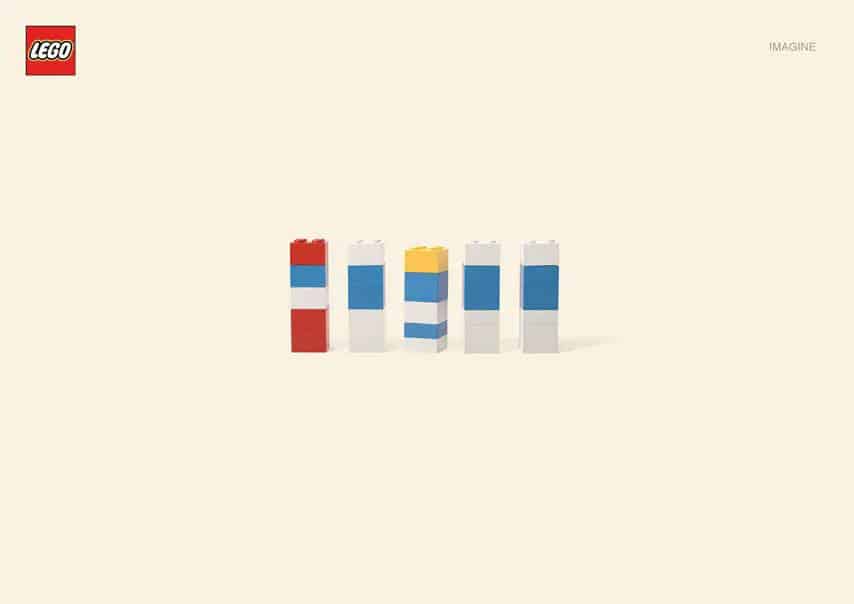 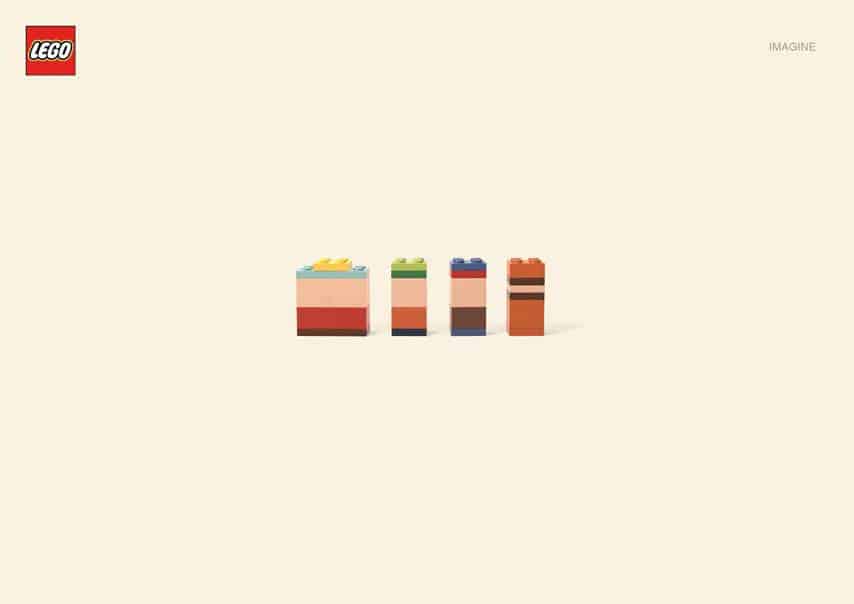 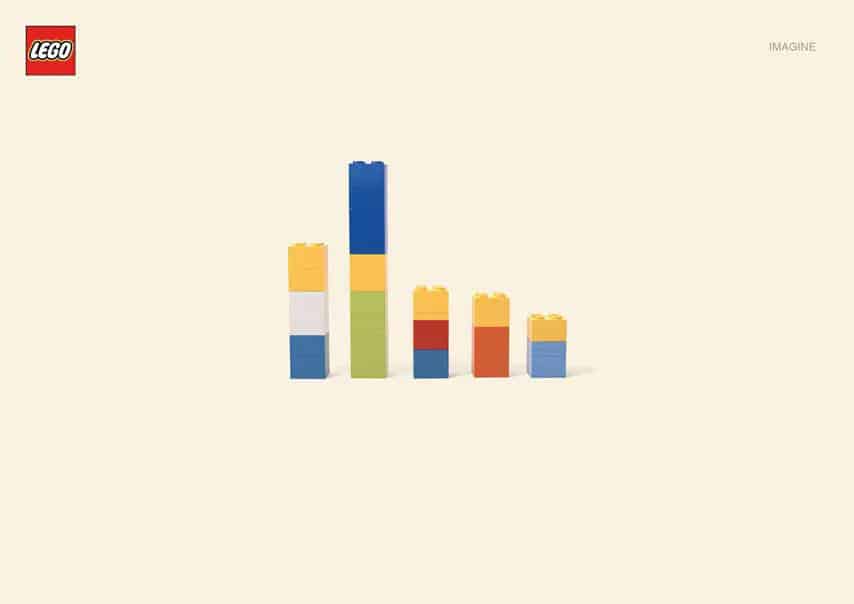 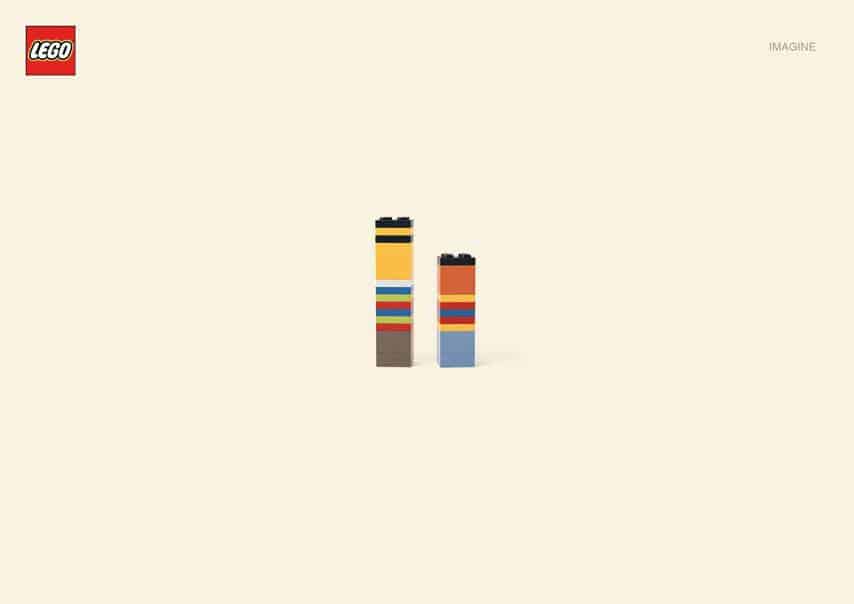 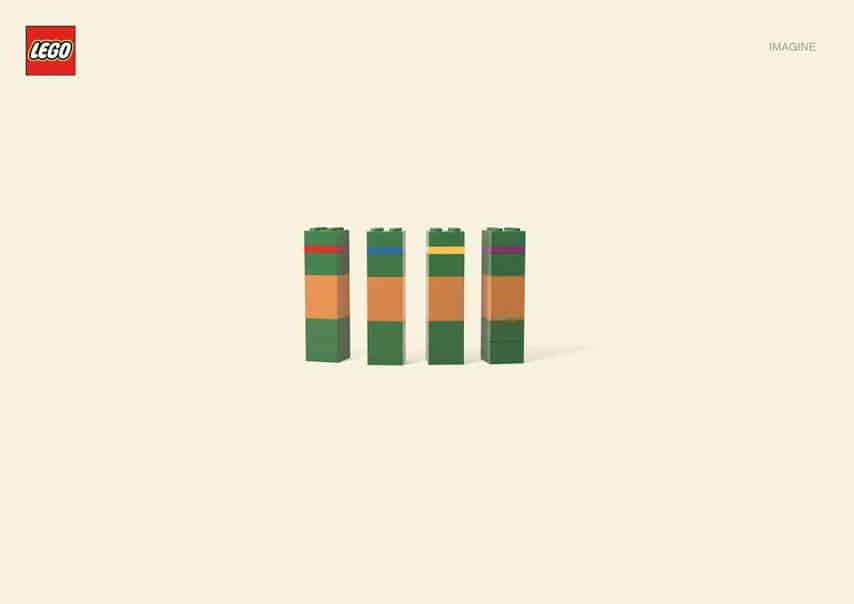 In a similar lean way, the agency Blattner Brunner came up with the following advertising visuals in 2009. Note how: 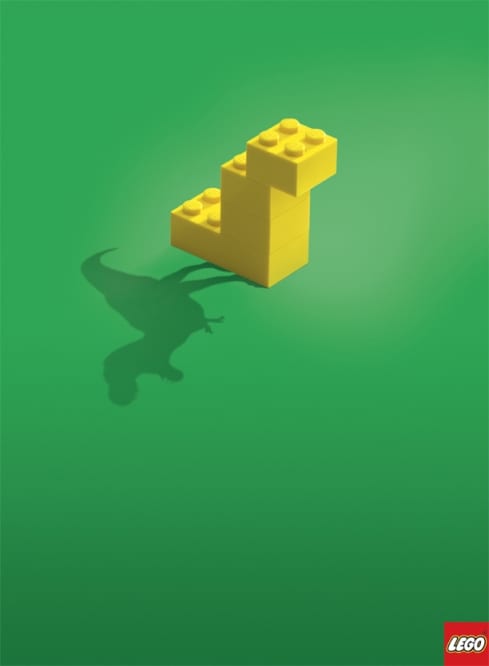 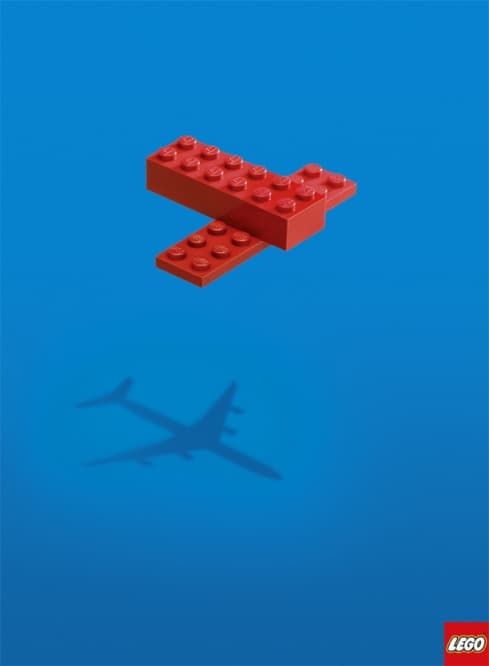 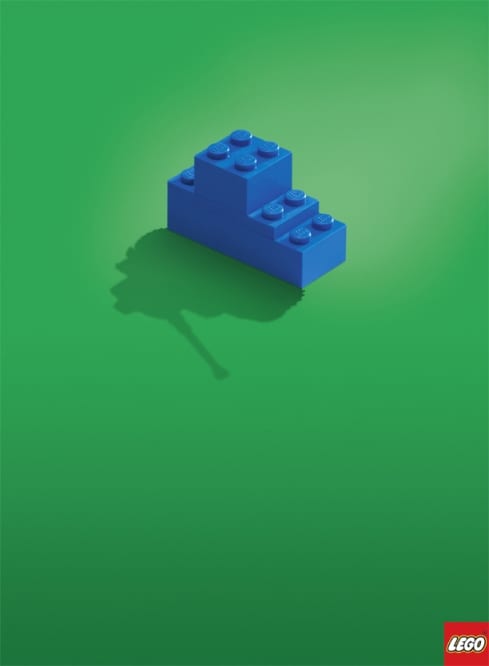 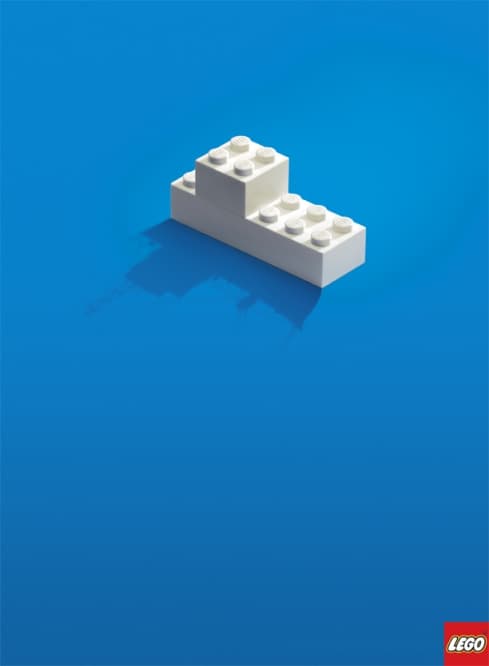 An abstract from Lego patent filled in 1958: