So let’s Design Simple and here is why and how!

See the lithography above, from Pablo Picasso’s sketch of one of his famous bulls (from Les 11 états successifs de la lithographie Le Taureau, 1945)

While most of us would have been more than proud of the first version, it took him 11 versions to get to the simplest version, where any line counts & makes his bull unforgettable. Design Simple was part of the goal here.

In just a few lines, the bull is recognizable and has all its visual identities (shape of the back, tail, brave horns, male attributes) in order to pass a strong message while less-important details have disappeared completely.

This example is taken, from an excellent article taken from the book of the famous Fernand Mourlot lithograph printer “Gravés dans ma mémoire”, Ed. Robert Laffont (1979); buy the book or see the article directly here (in french).

Nowadays, plenty of unused features are less valued as marketing arguments than simplicity and ergonomics. That clearly has not been always the case.

Remember the washing machines in the 80s with 50+ washing programs? While you were just using “White” or “Color” and dry or not at the end. Now arguments are simplicity first, offset time start, energy consumption, and sometimes noise level.

Keep It Simple (Stupid) or Less is More

If the illustration on the right would not sufficient, there are many reasons one would Design Simple. Design Simple permits

How many times was your latest-hip-full-of-gadgets product out of service because of a secondary function that you don’t even use?

But gadgets make selling easier, at least in the first place.

Do we really need cars with:

Are these not the most likely to fail? (because of complexity, less development, and less validation compared to main functions …)

Note that the above automotive examples are really linked to car marketing strategy and that some very high brands do not have these at all but focus on the 2nd decimal of consumption -used all the %time- or more direct safety features.

Do as in the Toki Pona language: design everything using the same 120 tools and elements! That will force for simplicity and insure the Just Necessary of the product functions.

Toki Pona (literally good language, language of good) is a full language invented in 2001 by Sonja Lang, aiming for simplicity and good.

With only 120 words you can express everything, obliging you to go straight to the point in a positive manner.

Among these advantages, it is said you can learn bases of Esperanto in 1 month & Toki Pona in one day.

When More is just … too much!

Don’t add additional spares: remember these DIY assemble shelves, when you finished to assembled them, and you are left with one or two additional screws or nuts? Were they provided as spares, or did you just forget them? Just don’t put them, or be very clear on their purpose in the assembly instructions. (as always, use with the brain; fragile rare bulbs or easy-to-loose tiny screws can be an exception)

This concept was invented in architecture in the early 1900s by Louis Sullivan and later followed by Frank Lloyd Wright and other architects.

In more mechanical design, this concept would be related to ergonomics and usability.

Some famous aesthetical designers have followed that with great success in the last 20 years. One of the iconic examples is the lean Juice Squizeer designed by Philippe Stack and produced by Alessi using the casting technic on the right:

All is about Forms and Functions

Not to mention the original shapes and ideas (rocket, ant, tree, nature …); some may argue about the volume taken in the kitchen for storage … simplicity & robustness do not have much to deal with folding and fragile sub-parts. Good products are likely more frequently used, stay in focus, and therefore not be stored.

From the famous eponym book from Navi RADjou, Jaideep PRABHU, and Simone AHUJA.

This promotes not only simplicity in the design, but also (re)usage of already existing technologies or already developed products. A great reading.

Although not our preferred example of a successful Design Simple product, it is said (?) that:

This extensive design review checklist is to be used at the end of the design phase of any...

Product designers and marketers can use color coding for 3 reasons: to convey a message, to convey a...

Made by extruding metal dies, either by cold or hot forming, the gas cylinders initially made of steel,...

Good explanation on PCB manufacturing, from order intake to control and packaging, achieving the impressive KPIs of total delivery...

This site is proudly hosted by 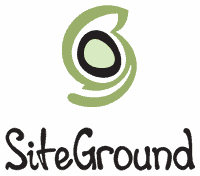