A good example of an induction rechargeable product is where the energy is produced by the movement of a magnet through a coil, thus illustrating Faraday’s law. No battery either rechargeable or not, therefore no waste or chemicals: a nice green ecological product

The product has a very interesting construction: except for the lens and the closing cap, all the components are not mounted on the main body, but on an internal removable chassis, making assembly or repair a breeze.

From our tests, the chosen magnet is very weak. A low-cost sintered magnet, with a minimal silver-like painting on it. Likely to delay its mechanical degradation & to look nice as the flashlight body is transparent

Two rubber bumpers on the extremities of the magnet path smooth the end of the moments & protect the plastic parts and the magnet from destruction.

The switch is made from a sliding small plastic knob, pushing a metal plate welded on the PCB underneath.

A single LED -old style now=not SMD- is creating the main light, while a reflective metal sheet on the bottom limits light losses.

A small battery -likely NiCd- to allow it to be emptied completely without being damaged, on the other side of the PCB holds the current produced. 4 diodes ensure a correct polarity for the battery as for the LED. 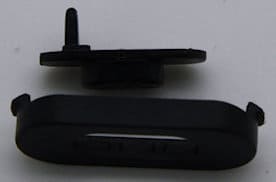 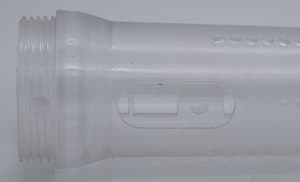 The small details that ease the magnet induction function: 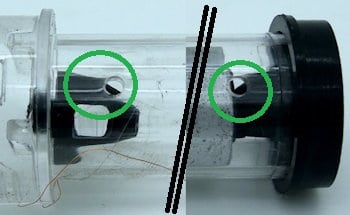 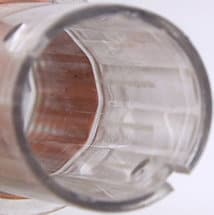 note: a transparent body or at least a window is a must in such a product, to clearly instruct the user to move the magnet.

A nontransparent body would give the impression that something is broken and free-floating inside, especially if the flashlight is not recharged and does not light.

A traditional product, very modern in the ecological sense, in its low-cost version, but still with a nice construction -the chassis- and performing well for such a price.

Such a product needs a robust mechanical design, but to work very efficiently,

Note that such induction can be calculated and simulated

Among others, software like COMSOL Multiphysics: coil calculation project example

A completely optimized product could be made by

Although we do suggest that improvement, such products will never be intended for diving, as fast movement underwater will always be difficult and oxygen consuming for divers

More innovative methods could be obtained from Faraday’s law: the visible field must be changed somehow; that can be obtained in a various way